Foldable Oppo Phone With External Display is a Slim Clamshell 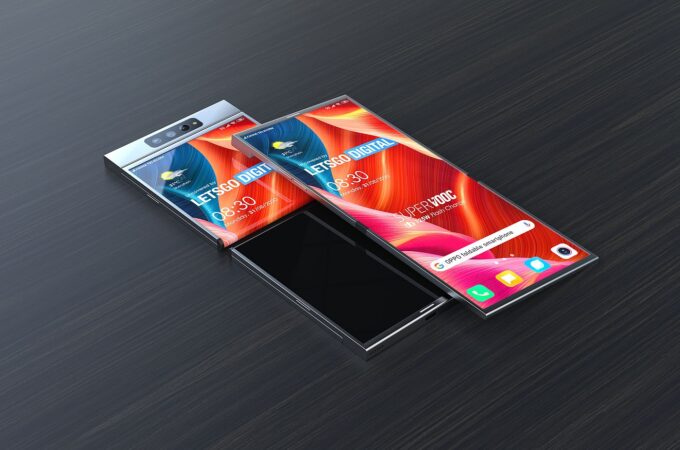 Another day, another patent, this time one related to an Oppo smartphone. Oppo has given up on the premiere of the under display camera phone, instead opting to develop a foldable clamshell. The latest images and patents are in and they’ve been tuned and rendered in 3D by Letsgodigital. The result can be seen below.

At the moment only Huawei and Samsung, also ZTE and TCL have pulled off foldable phones. Oppo already had a concept foldable phone with a pop up camera last year, also turned into renders by Letsgodigital. This new device doesn’t want to become a tablet, but rather a longer and narrower phone. It’s an elongated machine and it takes a different approach compared to the Moto RAZR 2019 and Galaxy Z Flip. It becomes a much larger device, which can be seen as a full fledged smartphone when opened up.

It also becomes extremely compact when folded. Oppo wants to place a flexible screen on the outside, right next to the camera area. There’s no need for a selfie camera, since we get the external screen used to properly position your face during selfies. The screen bezels are minimal, so this looks pretty modern and hot. A rectangular metal frame is seen at the top and that’s where the major components are included, including an angle detection module.

A cylindrical hinge is placed at the bottom in some other version of the phone, which makes me think of a rollable device, an idea I keep hearing but never see turned into reality. Back to the current Oppo machine, when fully opened up the smartphone reaches about 7 inches in diagonal size. I have to admit I’m both excited by how the device is looking and also worried about battery life, since it’s so slim and probably also very light. I feel that this can’t be pulled off with current hinge designs.