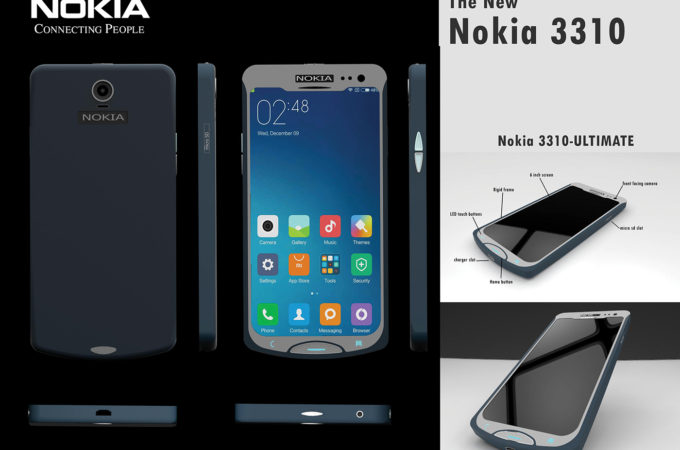 I’ve seen more people unhappy than happy regarding the Nokia 3310 revival proposed by Nokia at MWC 2017. That’s why we keep getting these Nokia 3310 concepts, that envision a smartphone twist to the product. This one is the Nokia 3310 Ultimate and it was rendered by Mohamed Yasser. 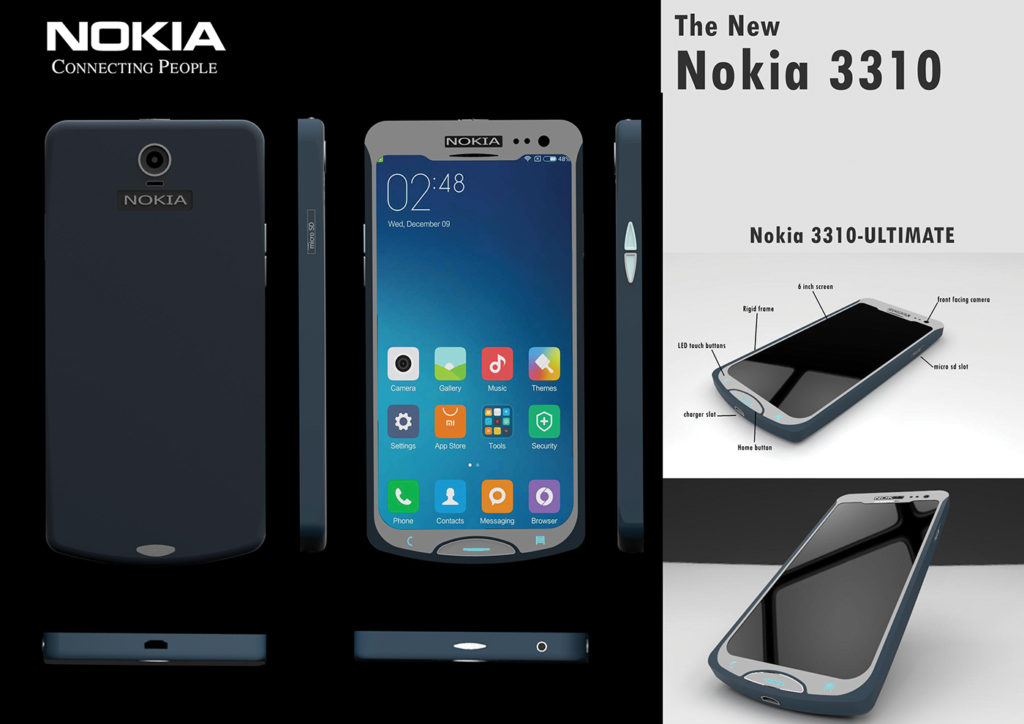 It’s got Android of course and it looks more like a rugged device, than a regular smartphone. It also comes with a 6 inch screen, so it basically becomes from a compact feature phone a massive phablet. There’s a Home button here with an unique form, a sort of rounded triangle and the interface was somehow borrowed from MIUI. Going rugged is actually not a bad idea, since the original 3310 could take quite a beating.

There’s a microSD card slot and I’m guessing entry level specs are here, like an HD resolution, Snapdragon 430 CPU, 2 GB of RAM and a 13 MP camera. Can’t seem to spot the LED flash, but it’s maybe included as a ring around the cam.

About Kelvin
Passionate about design, especially smartphones, gadgets and tablets. Blogging on this site since 2008 and discovering prototypes and trends before bigshot companies sometimes
Samsung Galaxy Note 8 Receives One of the First 2017 Renders (Video)   Nokia 9 is What’s Missing from MWC These Days (Video)