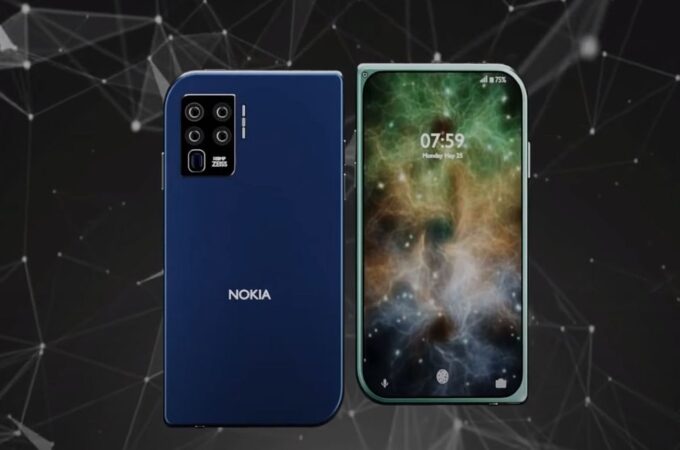 Since Nokia is really set on bringing back old school phones, why not give the Nokia 7610 a new lease on life? It happened back in 2017, but now things get really hardcore. It keeps the “boomerang” shape, but it gets a stylus and 2021 level specs.

The creation of Peacock Tech, this smartphone is a 5G machine, with a prominent metal frame and a combo of curved and angular design. Bezels are rather big, particularly in the corners, for the sake of the original format. There’s a fingerprint scanner in the screen and there’s also the brand new IP69 certification, letting you go 2 meters deep in water with this handset. The screen is huge, at 6.9 inches with a refresh rate of 244 Hz, which is mint for gaming.

Oddly enough there’s an S Pen mentioned here, even though that’s clearly a Samsung exclusive name. The back camera is a beast, with a periscope shooter and a total of 5 sensors, as well as Zeiss tech. This is the setup:

There’s also a 44 megapixel front camera, hidden in the top corner, like a Xiaomi Mi Mix would have. Android 11 is present here and the materials are probably glass and metal. The battery goes to 6000 mAh and the price to $799. 55W fast charging is also here and it’s weird to see all this tech crammed into such a slim body. Nicely done concept, by the way, but too bad we don’t know more about the camera.

About Kelvin
Passionate about design, especially smartphones, gadgets and tablets. Blogging on this site since 2008 and discovering prototypes and trends before bigshot companies sometimes
Xiaomi Mi Mix 4 Render is Probably Not Real, but shows a Potential Foldable Phone   Samsung Galaxy Tab S7 Gets Leaked Renders, That Show Predictable Design