If there’s one thing that we’re crazy about, aside from concepts then that’s renders. Luckily I stumbled upon a fresh Nokia design, that supposedly belongs to the Lumia 601 handset. Here’s what I’m talking about: 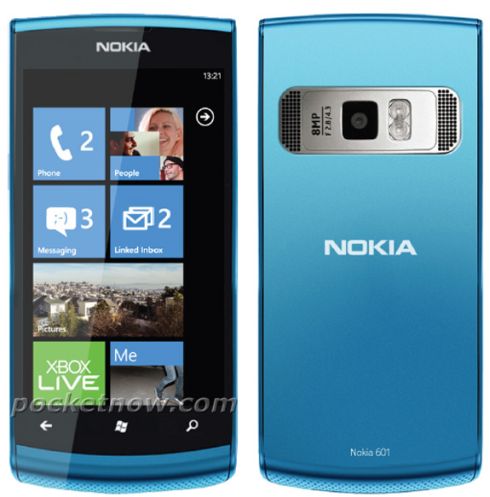 Not so long ago Nokia published a developer-oriented video featuring a large display Windows Phone device, that was supposed to be the Nokia 900 Ace leaked handset. Since then this model has been removed, but in the meantime the image above appeared and people started talking about the Nokia Lumia 601 unit as the identity of this leak. It appears that the picture has a reliable source inside Nokia, so the phone’s name is a pretty sure thing.

If we’re to judge by the name, this model belongs to the lower end of the Nokia portofolio, so there aren’t many reasons to get excited here. This is Windows Phone after all, plus a design that doesn’t quite surprise or impress me. We have no specs to go with the image, but we spotted what looks like an 8 megapixel camera at the back of the smartphone. People who are familiar with design and saw this image say that it’s a clear case of Photoshop action. What do you think?