If you’ve been following the tech news today, you probably know that Microsoft unveiled Windows Phone 8 and some of its features today. There was no new phone to showcase, aside from a prototype or two. However, the same Deviantart user who created this beautiful Microsoft tablet, Alextc1, now brings us a very nice and glossy Nokia Lumia concept. 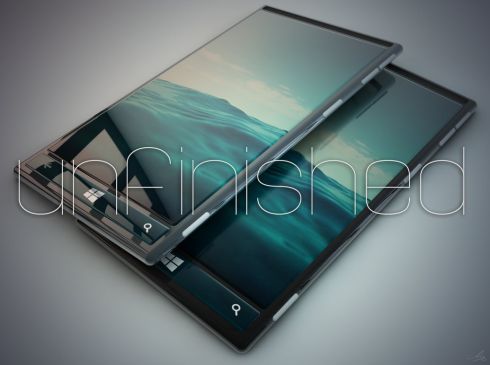 This looks like a much thinner Nokia Lumia 800/900 with a special area for the Windows Phone buttons below the screen. That area reminds me of the similar design feature on Nokia Lumia 710, although it’s more separated from the screen area here. With such a look, this phone is probably very thing, maybe at 7-8mm in thickness. It has a camera button, On/Off button and volume buttons, all on the same side. With all those capacitive button-based phones out there, it’s good to see that physical keys still exist.

Add Windows Phone 8 in the mix here, 64GB of storage, a 12 megapixel PureView camera, LTE, a dual core Qualcomm Snapdragon S4 CPU and you’ve got the phone of the year right here! Would see this Nokia Windows Phone 8 concept turned real in stores this year?