The Nokia Android phone known as Normandy has been rendered on this site before and it all started with a leak. Now the original source, @evleaks has leaked yet another image of this strange project that may bring Google’s mobile OS to a Nokia device. 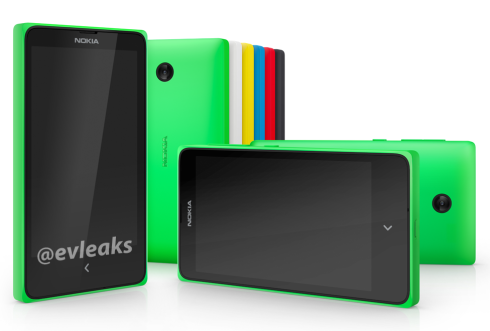 Apparently, Nokia is working on this in the background, till the exclusivity agreement with Microsoft expires. This doesn’t look too covert for me, so maybe it’s just a canned prototype. What’s certain is that we’re dealing with a lower end device, that’s lacking a camera flash and that for some reason only uses a capacitive Back button.

There’s no Home button or Menu button and I noticed there’s no physical camera button either. The device seems to offer the polycarbonate shell typical for a lower end Lumia and the design reminds me a lot of the Nokia Lumia 625. I’m guessing there’s a dual core CPU in the mix, 1 GB of RAM or 512 MB and a 5 megapixel camera. Would this device feel appealing for anyone in 2014?!

About Kelvin
Passionate about design, especially smartphones, gadgets and tablets. Blogging on this site since 2008 and discovering prototypes and trends before bigshot companies sometimes
Hasan Kaymak Renders the Samsung Galaxy S5   iPhone 6 Air Render is Basically a Sheet of Metal (Video)