Remember the strange Samsung Galaxy S III spotted the other day? It seems to be back, this time with two more pictures, that actually make me think this quad core Exynos handset is actually doable. I’m sure you know by now that Samsung announced it won’t show the new Galaxy S at MWC 2012, so we’re left to wait a couple more months. 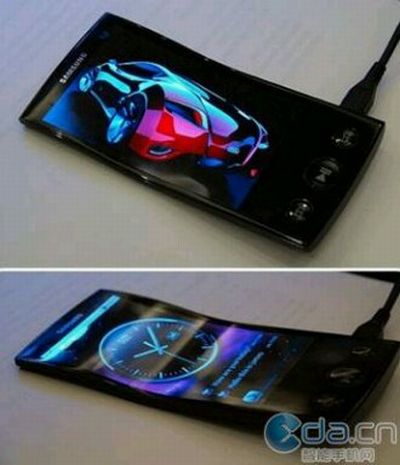 Specs also appeared for the handset you see here and they include a 4.6 inch AMOLED Plus 3D screen with a 720p resolution, a 12 megapixel camera, 2 GB of RAM and a flexible body. We could be dealing with a prototype of the Samsung Galaxy S III, one that was abandoned down the road and that 3D part is not convincing if you ask me. Samsung isn’t the kind of company to include 3D technology on a flagship phone and risk delivering crappy battery life and poor tridimensional experiences.

LG and HTC have failed in the 3D mobile world, so could Samsung succeed? Anyway, we have no idea what CPU this newcomer will get, but rumors keep mentioning the Exynos 5250, Exynos 4212 and the Exynos 4412. You take your pick out of those….