Samsung Galaxy Note 2 – Here’s How It Could Look + Specs

Bob Freking has another design to show, the Galaxy Note 2, that’s pictured below. This concept involves a next generation Exynos chip, apparently and Bob also mentioned that this device will be introduced months after the Galaxy S III, so we’re in for a long wait. Getting one? 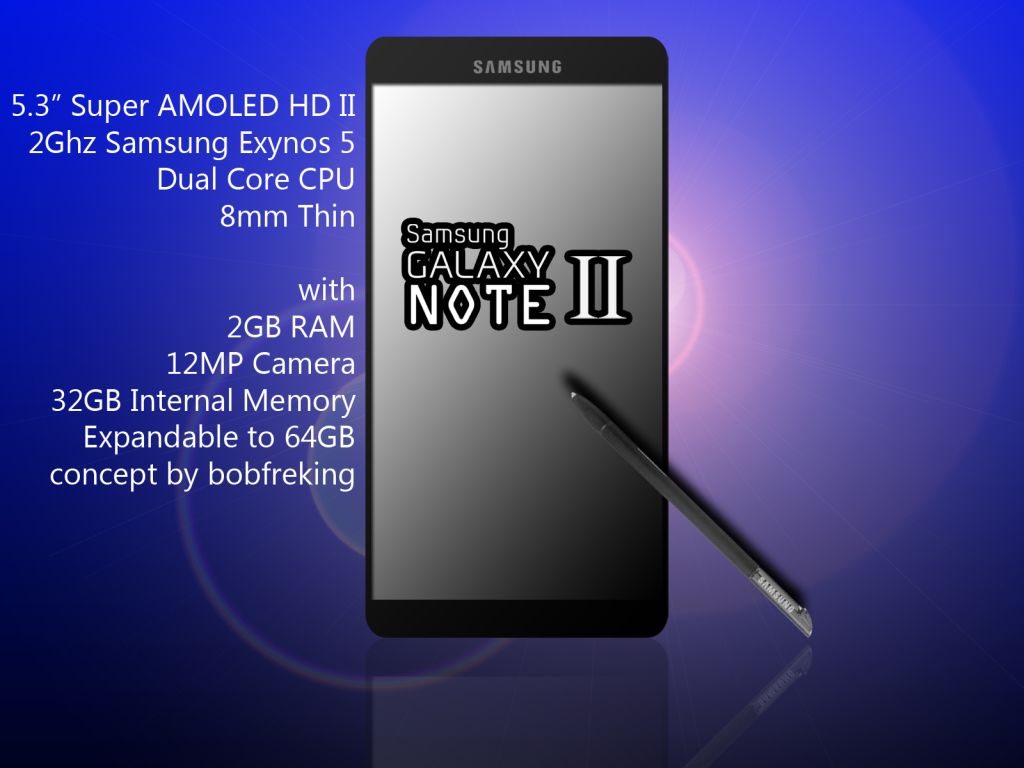 Seeing that the original Galaxy Note already has 5 million units sold, we’re dealing with a popular 5.3 inch device that deserves a successor. Said successor might be the Galaxy Note 2, that Bob sees as yet another 5.3 inch smartablet, with a Super AMOLED HD II screen, a 2GHz Samsung Exynos 5 dual core CPU, a case that’s 8mm thin and 2 GB of RAM. At the back we should find a 12 megapixel camera and look at the design I realize that this is actually an edge to edge handset.

32GB of storage, plus 64GB more via microSD are also added. I expect this baby to run Android 5.0 Jellybean without problems, but it might not be launched with it. Seeing that the Galaxy Note launched in the USA not so long ago, I’d give the first product time before launching a follow-up…