The Samsung Galaxy Note 4 has been rendered before, but this time it’s been reverted back to the slate of a rectangular slab of material of unknown origin, with a minimalistic design. Just like it happened over the previous years, we expect this model to come at IFA 2014, or around the time of the show. 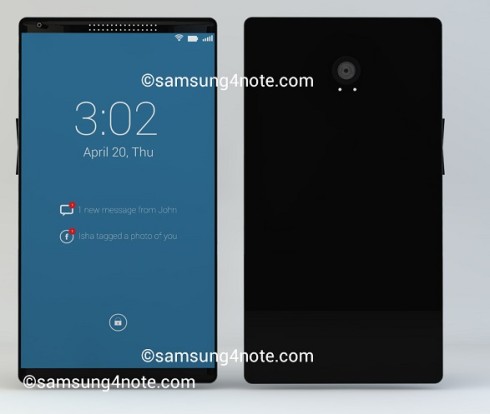 This is a 5.5 inch Super AMOLED phablet with a resolution of 2560 x 1440 pixels and a pixel density of 500+ ppi. Inside the Note 4 we find a Snapdragon 805 2.5 GHz processor and other specs include LTE Cat 6 Support and an S Pen stylus with updated gestures and air command. The device uses 3 GB of LPDDR3 RAM, it has dustproof and waterproof capabilities and runs Android 4.4.3 out of the box. 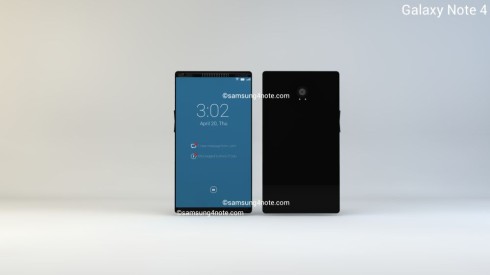 There’s a 16 megapixel ISOCELL camera at the back with 4K video recording, so the tradition of keeping the bulk of the Galaxy S specs is kept as well. The design isn’t very impressive, if you ask me and one thing Samsung could fix is making those speakers at the back bigger. I’m also sure we’ll see a fingerprint scanner and heart rate sensor on this model as well.

At least it’s an ultraslim phablet…