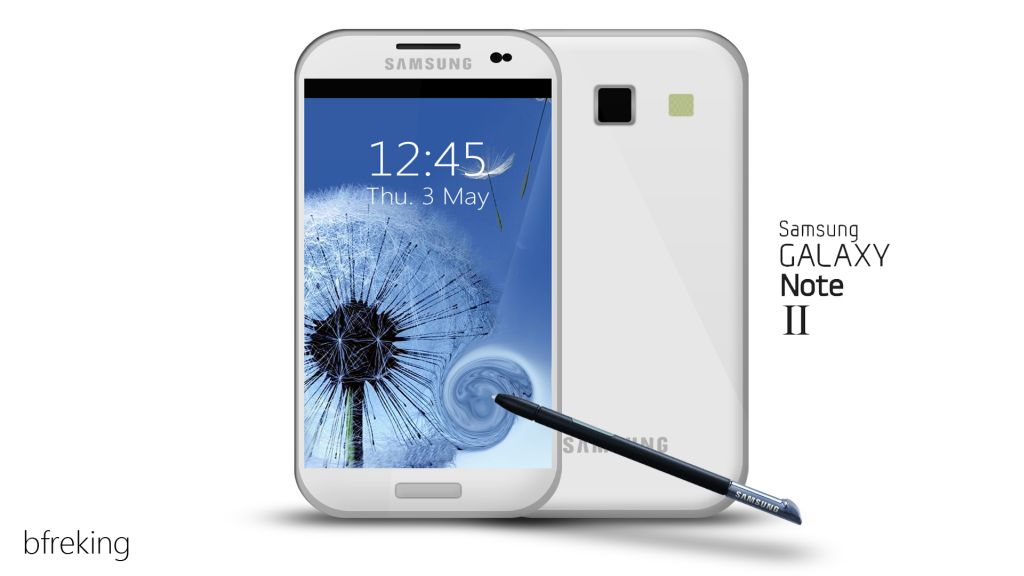 We’ve got a smartablet with rounded edges, front camera, potent camera at the back, stylus and elongated Home button. It’s also a pretty wide device, so the diagonal may even increase. Samsung Galaxy Note 2 features a quad core Exynos 1.8 GHz processor, but it may also be that new ARM Cortex A15 chip they’re developing right now. An increase to 5.5 inches is also expected by Bob Freking, as well as a jump to 1080p HD AMOLED screen or maybe even a higher resolution.

Galaxy S III comes with the nature-based UX, so I guess the same idea would come here, but with a twist associated to the S Pen, or maybe the S Pen II. You know what would be extremely cool? If the stylus was also a headset, like on the ASUS PadFone, or even cooler: a thicker stylus with AAA batteries, that serves as pico projector. How do you like that?

About Thrystan
Samsung Galaxy One Tablet Features a Projector, Runs Windows 8   LG Dare 2 Shows Its Pretty Face, With and Without Sliding Keyboard