Samsung has a projector phone or two in its portofolio, but what about tablets with projectors? That hasn’t been done by any company as far as I know, so the market is open. Laura Hong and Charles de Belizal envisioned a projector tablet and called it the Samsung Galaxy One, that you can see below. 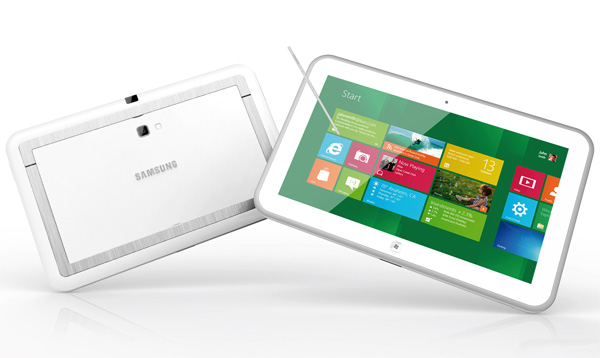 This device measures 14mm in thickness, packs a projector, Windows 8, an aluminum body and brushed aluminum feet. The Galaxy One has two “feet”, that help prop it up in media viewing position if you want to watch movies and also prepare it to project data during a business meeting, for example. It has a great projection angle and the projector is incorporated right above the camera sensor, that also includes a flash. A stylus is also in the mix and the Metro UI seems to fit right in with this Samsung tablet concept.

The virtual QWERTY keyboard also looks comfortable and I guess it’s part of the design, since it doesn’t resemble the standard input method in Windows 8. From what I can see here, the projector can rotate depending on the position you want it to assume, while using the tablet to show stuff at a meeting. The stylus is small and discrete and also reminds me of the S Pen a bit. Since this is a Windows 8 machine I imagine it would cost quite a bit… how much would you spend for it? 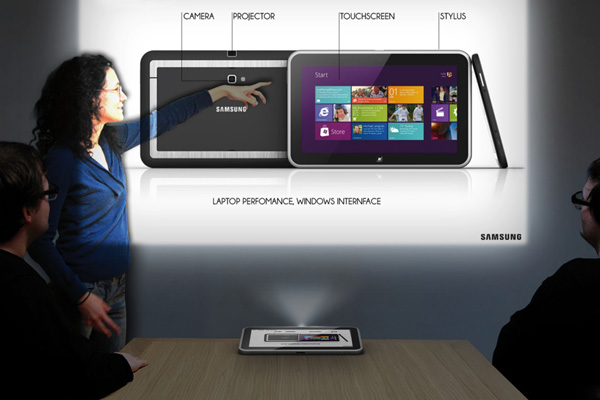 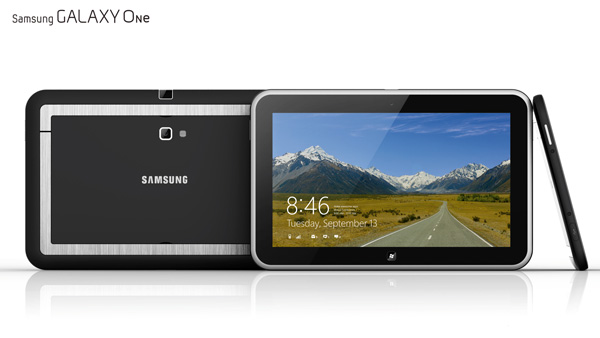 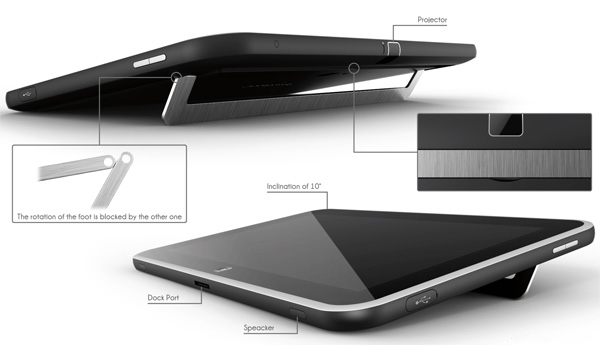 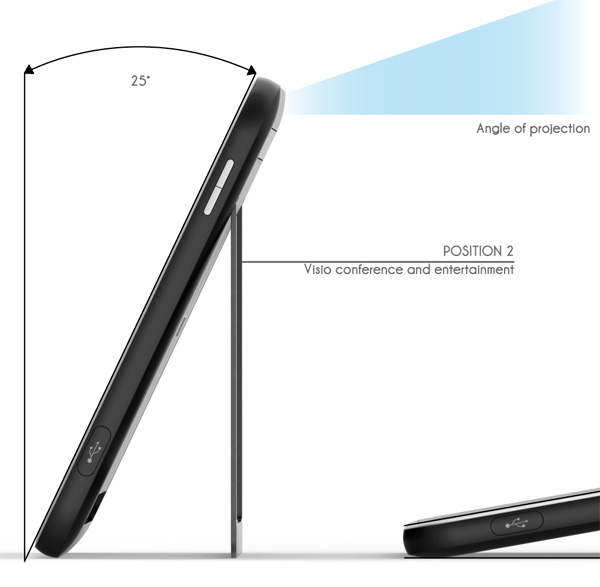 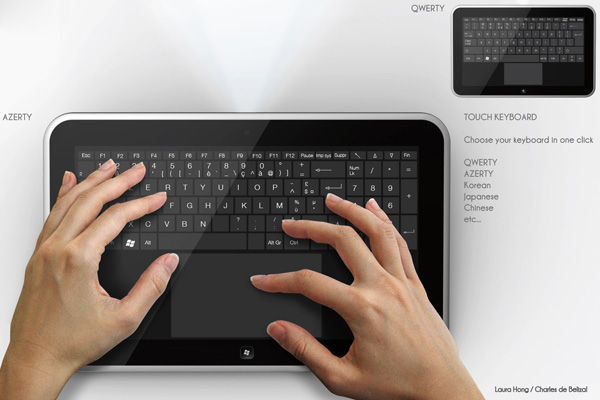 About Thrystan
Google Nexus Tablet Made by ASUS Launches Next Month, We Have a Mockup Here   Samsung Galaxy Note II is a Quad Core Beast With 1080p AMOLED Display