One of the most published designers on our website, Antoine Brieux is back, this time with a Samsung Galaxy S3 concept, that can be checked out below. We have a vast gallery of pics, showing an elegant black phone with metallic edges. No idea what specs Antoine had in mind, so I’m just going to remind you of those leaked on the web so far. 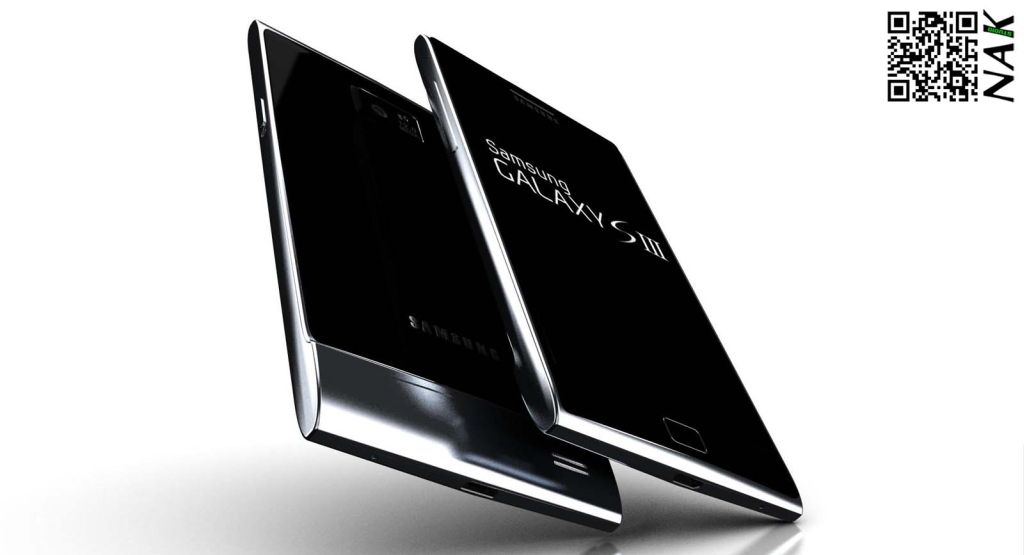 We could be dealing here with a quad core Exynos-based Samsung smartphone, that sports a 4.6 inch 720p display, a 12 megapixel camera with 1080p 60 fps capture and a front 2 megapixel camera. It also has 1GB of RAM (or more), LTE, NFC, Bluetooth 4.0, 32GB of storage, a microSD card slot, a waistline that’s only 7mm thick and the classic Home button at the bottom. As you can see, that “chin” is still present at the back of the phone, adding a bit to the total thickness.

This feels a bit like a modern metallic camera, since it has metallic and rounded edges, plus sloped upper and lower side. Considering the last Galaxy S had a plasticky flexible battery cover, I wonder if this model will keep tradition or go with something heavier. Of course, the OS of choice is Android 4.0 Ice Cream Sandwich with TouchWiz 5.0, the usual Hubs and the Samsung App Store. I have to remind you that in the real world the Samsung Galaxy S III won’t come at MWC 2012, since Samsung promised to launch it later. What do you think of this Galaxy S3 design? 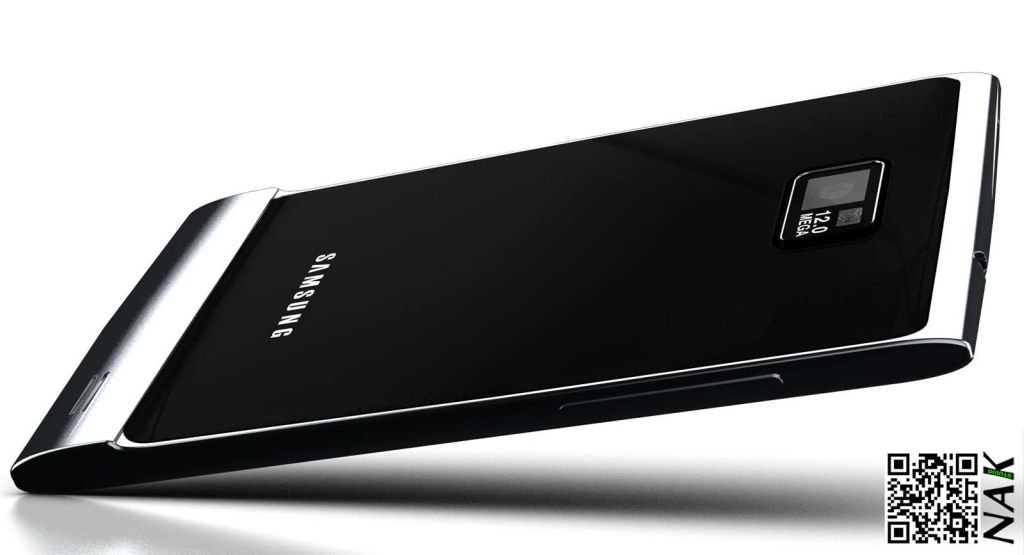 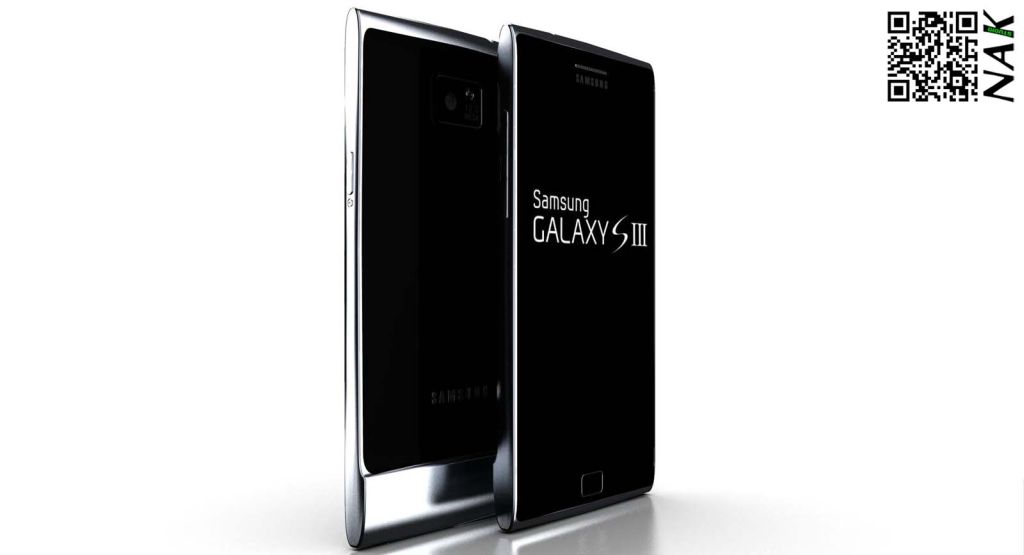 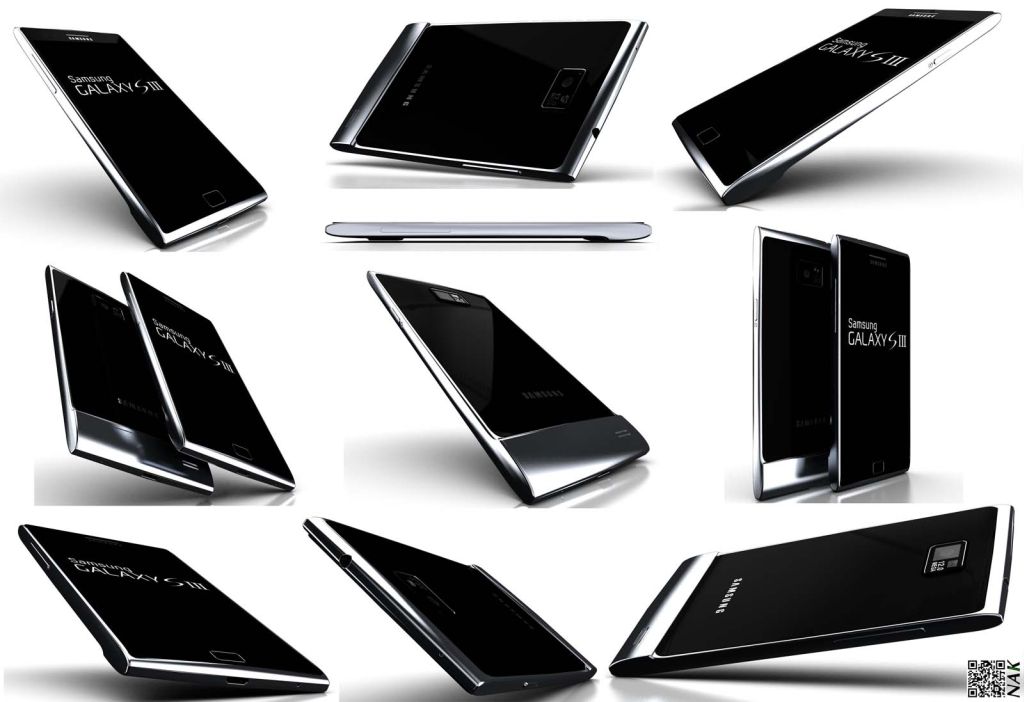 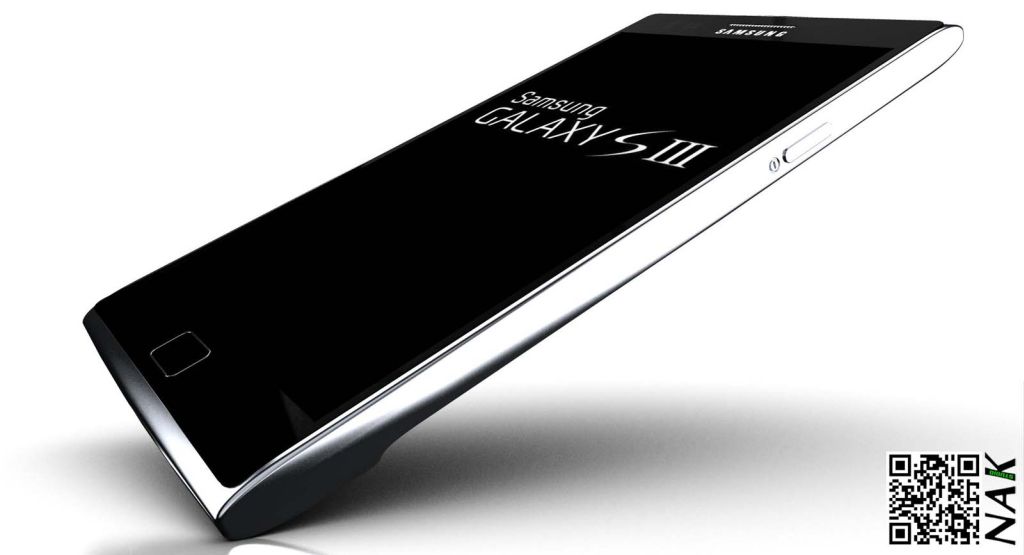