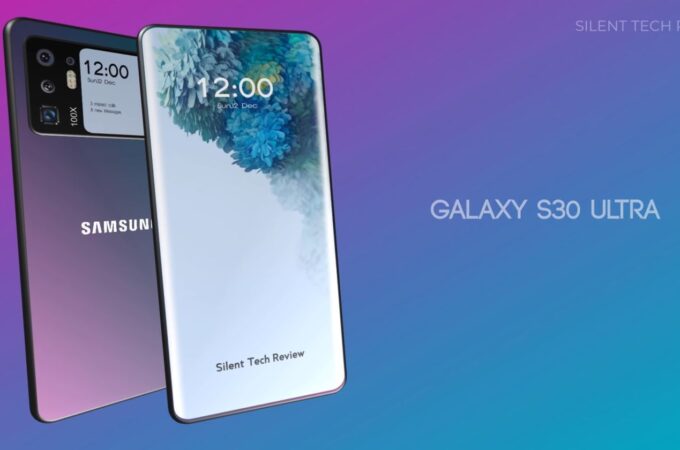 The creation of YouTube channel Silent Tech Review, the Samsung Galaxy S30 Ultra 5G is packed to the gills with high end specs. If you envy this designer and think you can do better, you should create a great resume with Skillhub and maybe we can work together.

It also taps into the rumor that said we would get a secondary screen at the back. That one is supposed to let you take selfies with the main camera, a 144 megapixel shooter by the way. The device rendered here is very wide and massive, feeling more like a Galaxy Note than a Galaxy S. The camera manages not to protrude somehow, even though it has a periscope telephoto 64 megapixel camera with 10x optical zoom.

The screen is a 6.9 inch Dynamic AMOLED panel with a Quad HD resolution and also Gorilla Glass 6. It all sounds pretty reasonable specs-wise till you bring up the 7000 mAh battery and 144 megapixel camera. I don’t think we’re there yet on a flagship. The only two things i like here are the texture of the back side and the curves of the screen. I’m not very sure of this wide format, which would make the Galaxy S30 Ultra hard to handle. However, the Huawei Mate 40 Pro is also a pretty wide phone and I haven’t heard complaints. It definitely helps with comfy typing.

Another innovation is the 35 megapixel in display selfie camera, which is only revealed when needed. The CPU mentioned here is both a Snapdragon 870+ and also an Exynos 1100. In reality it will be the Exynos 2100 or the Snapdragon 875.