Sony Ericsson Wilhelmina came with a stunning idea: a clamshell gaming phone, that really takes the whole PSP Phone idea to another level. Now, we get more info about the device, from the creator of the concept, Esato forum member Razec. 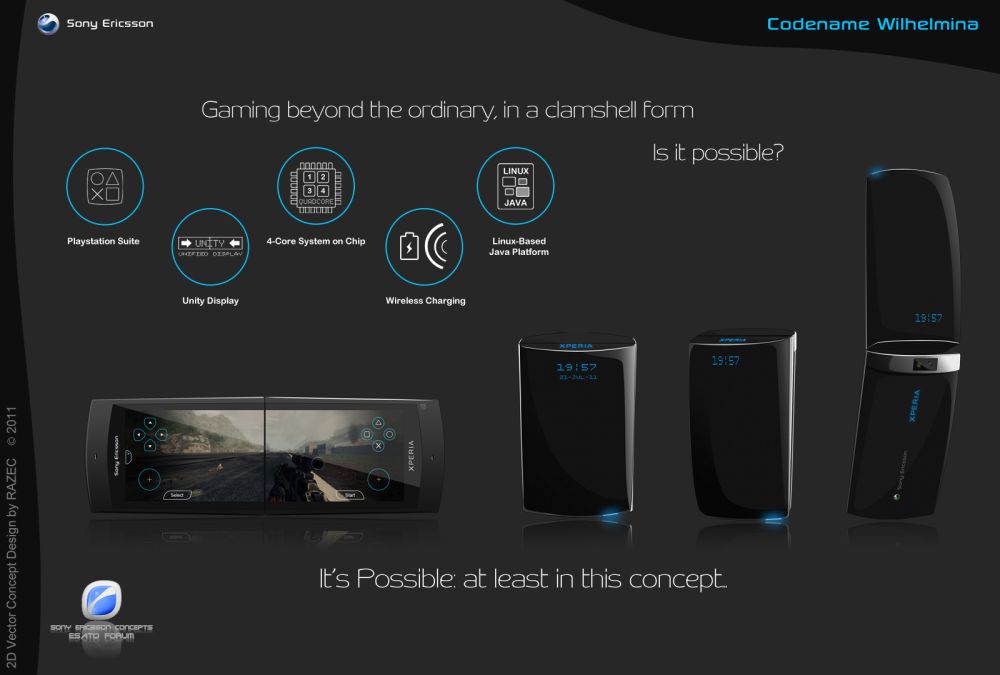 Wilhelmina comes with PlayStation Suite support, a 4 core system on chip processor and a Linux-based Java platform. The Sony Ericsson concept supports wireless charging and uses a technology called Unity Display. What’s that? Well, a way to unit two touchscreen displays in a clamshell mechanism, with a single interface. Also, this involves a very small space of separation between the displays, actually no separation at all, it possible….

You also get panoramic superwidescreen view on such a device and the virtual gaming keys are placed at the edges of the resulting huge display. Other feats include 1GB of SDRAM, 32GB of flash memory, Qriocity support, glowing Xperia logo, 8MP autofocus camera with 1080p video capture and built-in 186mAh battery. Did I mention that the total screen resolution is 1632 x 544 pixels? 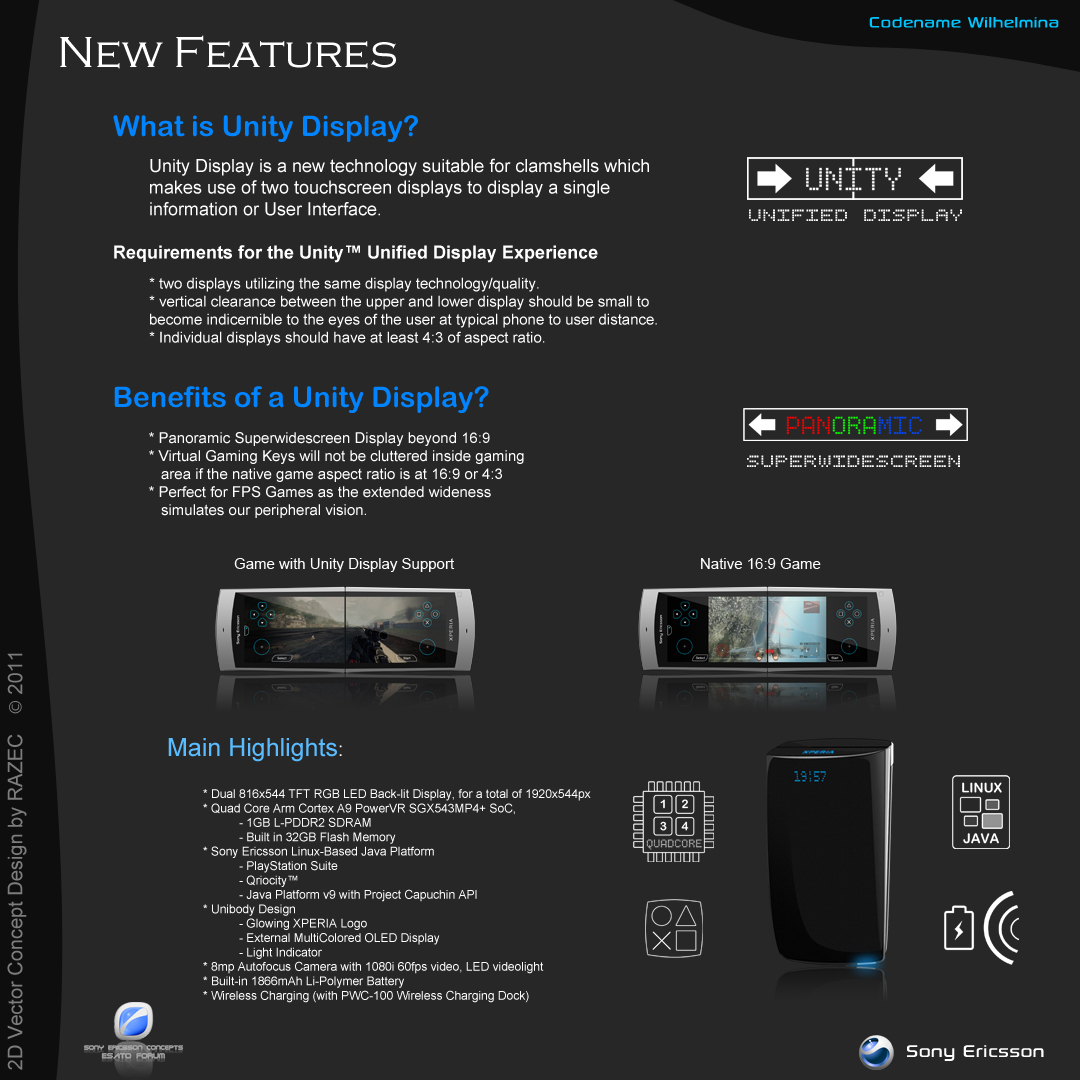 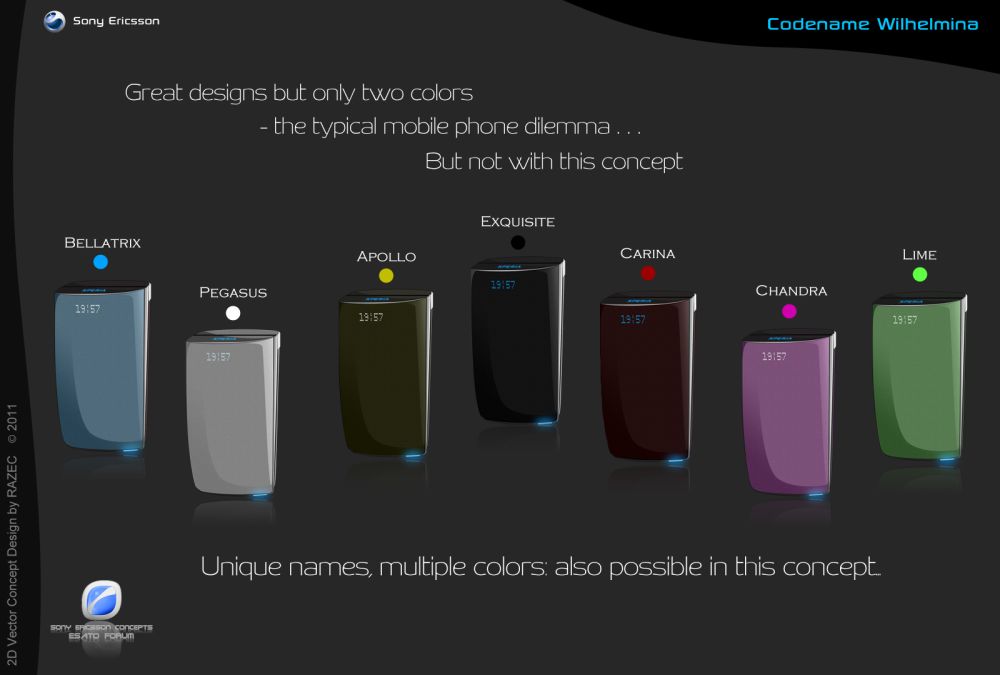