Sony i1 Honami Gets Rendered by Ben Ling

The 20 megapixel cameraphone Sony Honami has been leaking a lot on the Internet, including in hands on shots, close-ups and even some benchmarks and specs lists. However, we haven’t yet seen a full size official render of the device. That’s Ben Ling tried to create for you today. 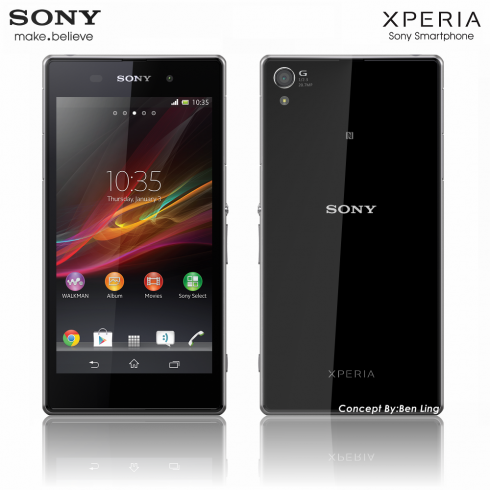 Sony i1 aka Honami will resemble the general design of the Xperia Z, probably sporting a glass back and similar form factor. Apparently, this model will be thicker, probably because of the camera and it won’t be waterproof. The cameraphone will have a 5 inch Full HD display and a Snapdragon 800 processor inside, as well as the Adreno 330 GPU.

It will run Android 4.2.2 and use a 20 megapixel camera with Sony G-Lens, BIONZ image processing and hopefully some goodies of the Cybershot era. Sony Xperia i1 Honami will be launched in early September at IFA 2013, so the mystery won’t hold for much longer. Who wants Cybershot back?