Another week, another Xperia model, this time the Sony Xperia V design, created by Ben Ling. He imagined an Android 4.0 smartphone, with a 3.7 inch display, a quad core Tegra 3 processor and 2 GB of RAM. Actually there’s no Sony model out there with ICS preinstalled right now, if I’m not mistaking, so this could be a selling point. 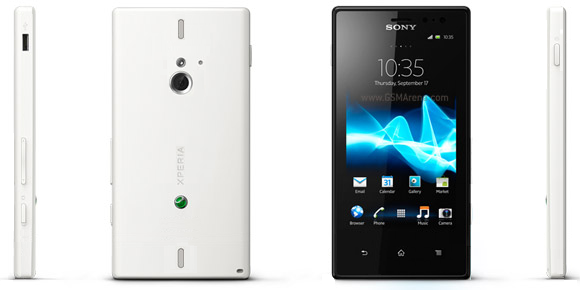 Sony Xperia V also brings 64 GB of storage and a 12 megapixel Exmor R camera. You know what would be cool? If the 3.7 inch display was a 720p one, giving out the biggest pixel density of all devices out there. As far as the design goes, this model reminds me a bit of the Xperia Ion and as you can see it respects the Google requirements when it comes to capacitive buttons below the screen, implementing only 3 of them. The thing I don’t like about new Xperias is the way the physical buttons are shaped.

They’re very hard to press and very thing and they don’t have a nice feel to them… What’s interesting about the Xperia V is maybe that speaker placement at the back, but it may seem that every element is crowded vertically onto one line: camera, flash, Xperia logo, speakers… What do you say?

About Thrystan
HTC One Z – Return of the Sliding Keyboard!   BlackBerry PlayBook 3.0 Concept Tablet is a Clamshell with Keyboard