The Sony Xperia Bravia had only one render till now, created by Frank Tobias and his design was a success, receiving positive votes. Now he’s back with two more pics, shown below and some details about this device. We’re dealing with the usual high end 5 inch smartphone, a format that has become very trendy for late 2012 and early 2013. 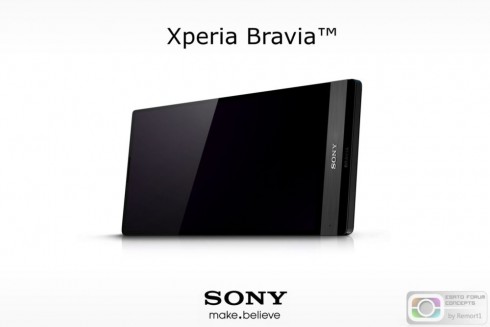 The Xperia Bravia looks like a Sony flagship of 2013 and it’s supposed to have a 5 inch Reality Display, with Mobile Bravia Engine technology and a 720p resolution. At the back we’ve got a 12.1 megapixel camera with a dual LED flash and I suppose that inside we have a quad core Qualcomm Snapdragon S4 Pro or maybe a surprise Exynos CPU. I like the sleek facade of the phone, that makes me think of an edge to edge screen. I frankly would have gone with Full HD not 720p for this screen, since that will be the new standard in 2013.

From the profile this Xperia concept reminds me of the PlayStation 3 console, in the slim version, don’t ask me why, it just does… It’s got that sleek piano black smooth gadget look, with both elegance and seriousness involved. I’d imagine myself holding such a device in the pocket. What about you? 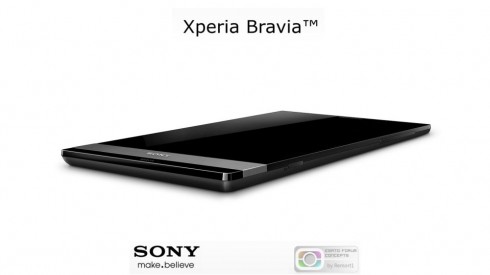