Sony Playstation 5 Gets a Redesign Courtesy of Concept Creator 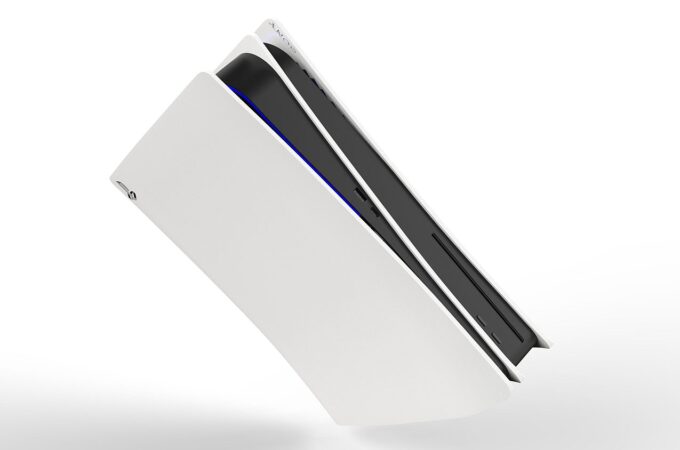 Two weeks after the PlayStation 5 design unveiling we have another attempt at redesigning the console. It’s made by Concept Creator and basically adds an extra “layer” on the console. If it were a wedding cake, it would be an extra topping, or an extra “level” of icing.

In reality it amplifies the intricate shell around the device, like a collar, which has been doubled and also kind of wrapped around it. This seems to have been done to make the device more wholesome and hide the Blu-Ray drive better. We also get to see a black version of the device, which would feel a bit like an Xbox 360, if it weren’t for the blue light. What Concept Creator did is pull off a Big Mac from McDonald’s. The temptation for the average Joe would be to have all the patties of meat stacked in the middle.

Instead McDonald’s put another extra slice of bread in the middle to keep it all together. That’s exactly what the designer did here, adding an extra central wing of plastic, just like the side ones, which feel like the collar of Dracula. The black version of the PS5 has already been in high demand by fans and it also appears towards the end of the video below. Making the console fatter means that it will take a ton of space when it’s vertical.

This actually makes it more prone for horizontal use. We also get the device’s back, which didn’t appear in the official presentation. How do you feel about this design? Leave us a comment below with feedback.

About Kelvin
Passionate about design, especially smartphones, gadgets and tablets. Blogging on this site since 2008 and discovering prototypes and trends before bigshot companies sometimes
Xiaomi Mi Flip Twist is a Foldable Phone With a Twist… able Camera   Samsung Galaxy Fold 2 Gets Fresh Renders With Extra Small External Screen