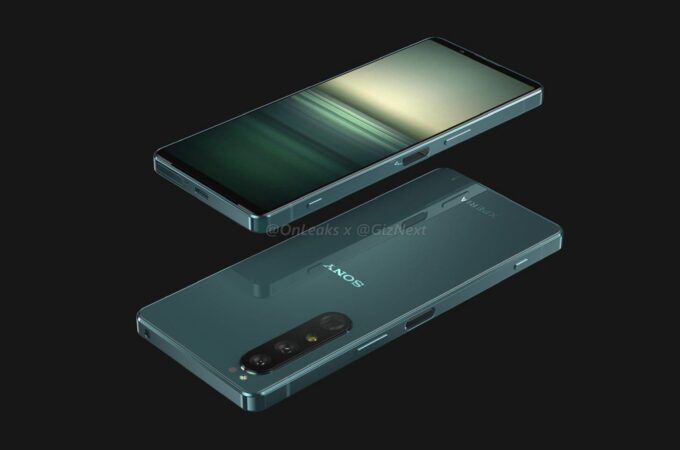 Sony Xperia 1 IV has leaked before and now it’s back for more! Courtesy of @OnLeaks we get to see new renders of the device, that don’t quite hold that many surprises. It’s a pretty angular, flat device, flat on all sides and also quite reminiscent of the predecessor.

The sides are even flatter than on the Xperia 1 III somehow. We still have the Sony camera shutter button on the lower right side, while the Power button with embedded fingerprint sensor is in the middle, with the volume rocker above it. The screen is a totally non curved 6.5 inch 4K panel with narrower bezels.

The back camera module probably hosts 3 12 MP sensors once again and a periscope telephoto camera is also in the mix. There’s still an audio jack here and no Google Assistant button. The device should also have a Qualcomm Snapdragon 8 Gen 1 Plus CPU, 12 GB of RAM, 256 GB of storage, a 5000 mAh battery with 45W charging.

About Kelvin
Passionate about design, especially smartphones, gadgets and tablets. Blogging on this site since 2008 and discovering prototypes and trends before bigshot companies sometimes
How to use split-screen mode in Fortnite   The long-expected trend Samsung Galaxy S23 Ultra