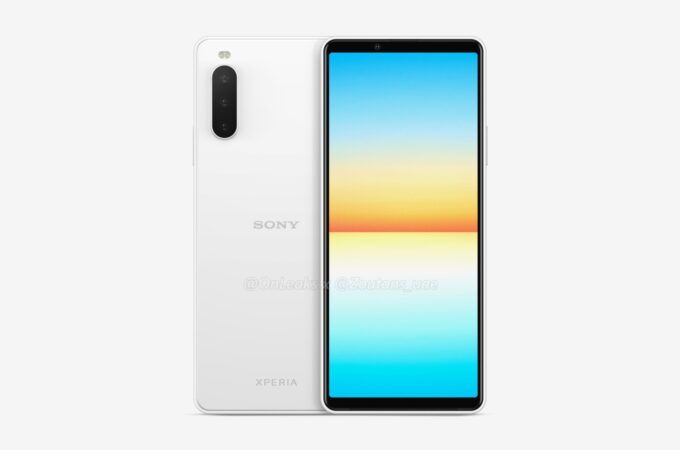 Sony Xperia 1 IV has registered a few big leaks for the first month or two this year. Now it’s time for a new midranger to leak, the Sony Xperia 10 IV, which appears in leaked images courtesy of @OnLeaks. We analyze them below.

To be honest, the design feels totally familiar, since it looks like the Xperia 10 III, albeit with flatter edges. This is a tall and narrower 6 inch device, with a flat OLED panel and sporting a vertical triple back camera. We also have big bezels at the top and bottom, which probably host stereo speakers. The phone’s listed dimensions are 153.3 x 67.3 x 8.4 mm and we also get a side mounted fingerprint scanner. Oddly enough Sony re-uses the same Snapdragon 690 processor from last year, although I’d expect them to jump to Snapdragon 695 or a 7xx Series CPU.

A 4000 mAh battery is in the cards as well, the headphone jack too. Xperia 10 IV is expected to drop in black, white, mint green and berry blue. The starting price would be around $300. 4K video capture is expected and if the same trend continues, we will get a main 12 MP camera, 8 MP telephoto cam with 2X optical zoom and 8 MP ultrawide camera. There’s also an 8 MP front camera yet again probably.

Sony keeps doing its own thing for the nth time apparently.