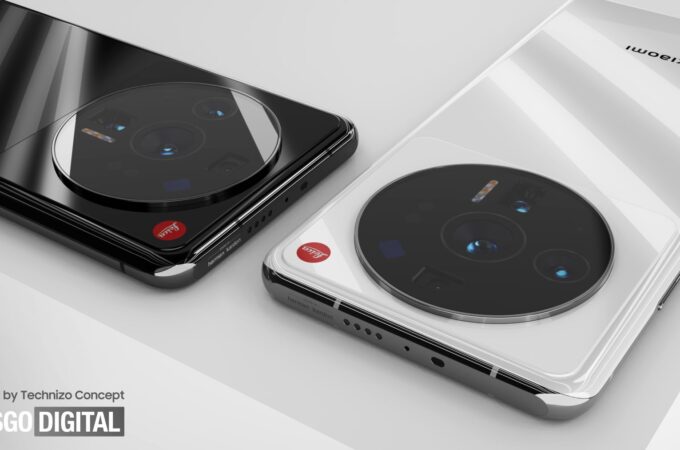 This past the floodgates were opened and Xiaomi 12, Xiaomi 12 Pro and Xiaomi 12 Ultra leaked online via a bunch of cases. Those revealed a shockingly big back camera module, with no less than 8 holes poked into the case. Now designer Technizo Concept and Letsgodigital have taken those case pics and have turned them into a set of renders.

It’s clear that the secondary back side screen of the Xiaomi Mi 11 Ultra is gone, leaving room only for a giant camera. Its round module feels like a throwback to the Lumia 1020 or Nokia 808 Pureview, but much larger. If we would have had a Mate 50 Pro after the Mate 40 Pro from Huawei this would have probably been its camera module. Turns out that the main camera and the ultrawide one will be at the center and left respectively, while the periscopic telephoto camera will be at the bottom.

We’ll also get a fourth camera in the upper quadrant of the module, possibly another telephoto camera, LiDAR or ToF sensor. Then there’s the LED flash, light sensor and PDAF one. As you can see a Leica logo also appears, which means that either Huawei dissolved its partnership with Leica, or the German company is working with more than one big phone brand now. After all, Zeiss is working with vivo, Sony, Nokia, so it can be done.

We can’t help but wonder if this is the Xiaomi 12 Ultra that will inaugurate the 200 megapixel back camera on the Xiaomi 12 Ultra, after its showcasing from Samsung earlier this year. Or we could see the new Samsung ISOCELL GN5 sensor in action here. The device is expected to be hefty, at 6.8 or 6.9 inches in diagonal, with curved sides and still with a punch hole, as the under display camera on the Xiaomi Mix 4 was a bit of a hit and miss.

Harman Kardon speakers will be on board, plus a 5000 mAh battery that may just charge at 120W.

About Kelvin
Passionate about design, especially smartphones, gadgets and tablets. Blogging on this site since 2008 and discovering prototypes and trends before bigshot companies sometimes
How the smartphone has changed our lives   Which features should you look at before buying a phone?