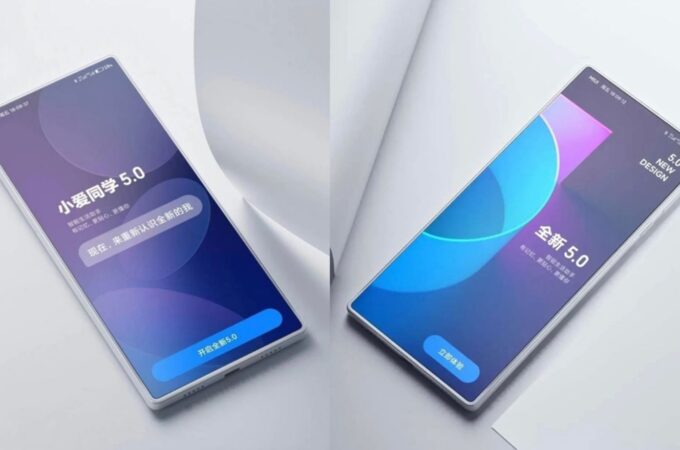 If you asked me to name a few revolutionary smartphone series, I’d definitely mention the Oppo Find X and Xiaomi Mi Mix. Both of them have pushed the entire segment forward through innovation. The Mi Mix devices have been experimenting with sliding parts, pop up cameras and even the crazy wraparound display of the Alpha. Now we’re waiting on the Mi MIX 4, which is now said to feature an under display camera and also it has just been rendered below.

Xiaomi’s CEO, Lei Jun already confirmed that there’s a Mi MIX 4 coming, perhaps in a month or so. Now the latest leaks point towards a device with a selfie camera under the screen. This feature was brought to the mainstream by the ZTE Axon 20 5G, after some prototyping from Oppo. We’re still hearing conflicting reports, claiming that the quality of the selfies is not that good. Now back to the renders we have here, they show us a narrow device, with a format that feels sleek and minimalistic.

It’s a very angular device, the kind of which Sony would make. Also, the Mi Mix series started out angular, using ceramic bodies and placing the front camera in all sorts of odd positions, including at the bottom of the front. Xiaomi already prototyped an under display camera on a device last year and this could be the result. There are also reports about the new Mi MIX being a foldable phone, packing a four sided waterfall display, just like the concept showcased recently.

I feel that Xiaomi needs to differentiate itself from the pack more and take more chances. Under display cameras may just… not be the IT factor.

About Kelvin
Passionate about design, especially smartphones, gadgets and tablets. Blogging on this site since 2008 and discovering prototypes and trends before bigshot companies sometimes
OnePlus 9 Pro Gets Hasselblad Camera in Ben Geskin Treatment   Tesla Model P concept Phone is Connected to Your Brain