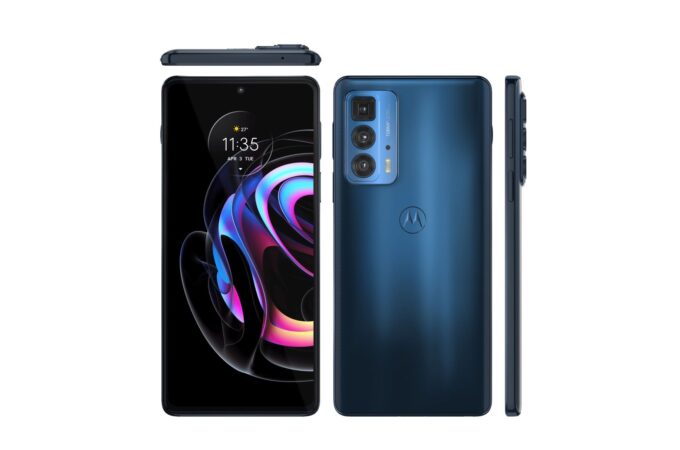 Codenamed Sierra, the device is part of a series that includes the Motorola Edge 20 Lite, Edge 20 and Edge 20 Pro. Moto Edge 20 Pro has been rendered before, because it was certified by TENAA, that unveiled a pic or two. It also confirmed a periscope back camera, at the top of the camera module. For some reason Moto has decided to get rid of the curved edges, even though the name Edge is kept.

The screen is flatter now for sure. The back camera module also feels like a OnePlus one. We’re supposed to have a Qualcomm Snapdragon 870 processor inside, 6, 8 or 12 GB of RAM and 128 or 256 GB of storage. The screen doesn’t quite sound like a flagship one, at 6.67 inches and Full HD res, but at least it has a 120 Hz refresh rate, even though some sources are even talking about 144 Hz.

Motorola Edge 20 Pro comes with a 108 megapixel camera, plus a 16 MP ultrawide lens, which is also Macro camera, plus an 8 MP telephoto camera with 5X zoom. Upfront there’s a 16 MP shooter for the Chinese version and a 32 MP one for the global version. Expect a 4500 mAh battery here and a single mono speaker for some reason. Expect a launch event on August 5th in China and probably a $500 or $600 price.

About Kelvin
Passionate about design, especially smartphones, gadgets and tablets. Blogging on this site since 2008 and discovering prototypes and trends before bigshot companies sometimes
5 Ways To Spy on A Phone Without Installing Software   Samsung Galaxy Note 21 Ultra Has a Second Screen At the Back