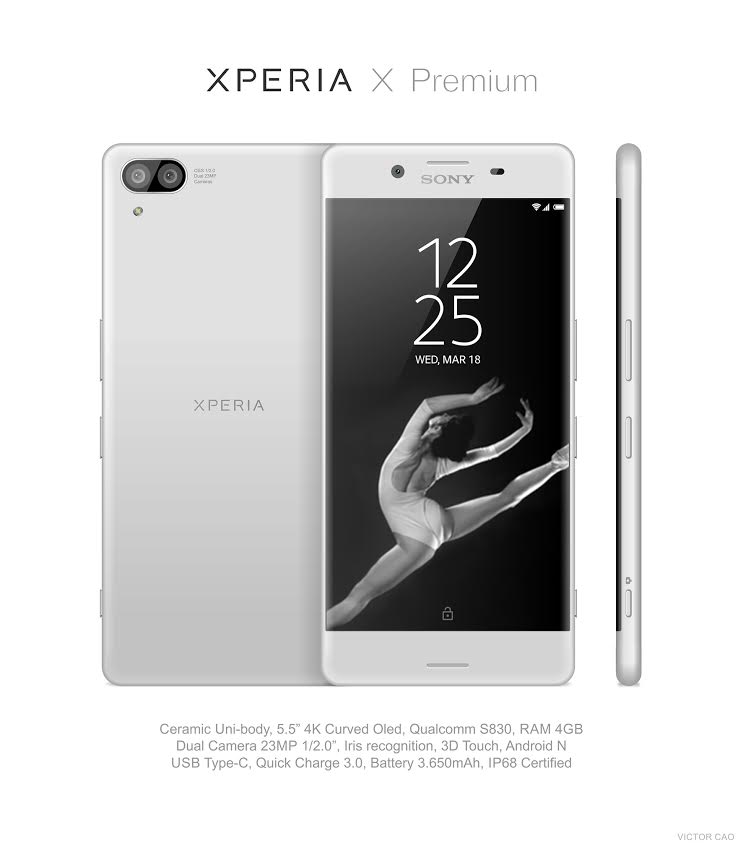 Recently we learned that Sony was preparing a new smartphone, called the Xperia X Premium and then we found out that it was actually not real. This should have been Sony’s first HDR screen phone, but now it also becomes Sony’s first dual camera phone, courtesy of Victor Cao’s concept below. 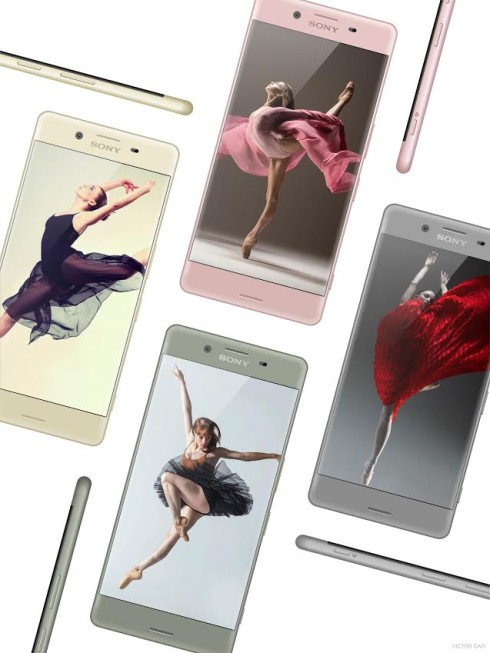 This model brings quite a few novelties compared to the previous Xperia X and Xperia Z phones. For one thing it uses ceramic for its chassis, as well as a curved OLED screen with improved battery saving. There are dual 23 megapixel cameras at the back with Optical Sony Steadyshot and 1/2.0 inch sensor size. The fingerprint scanner from the side, that wasn’t a big hit on the Xperia Z5 will be replaced by an iris scanner. 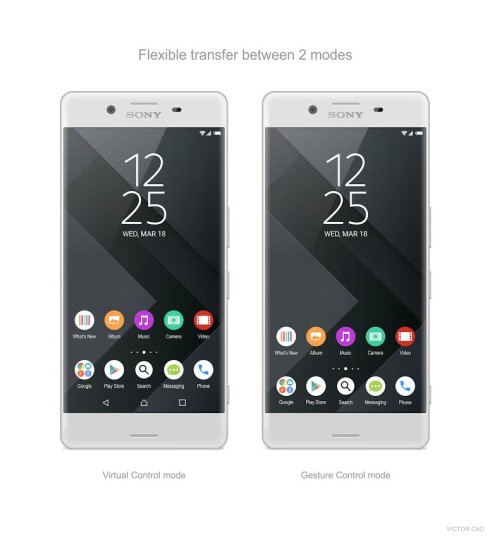 The Sony Xperia X Premium shown here also brings Android N, 3D Touch, USB Type C and Quick Charge 3.0, to name just a few technologies. The device is IP68 certified and packs a 3650 mAh battery, plus it’ll be a very beautiful phone, with lots of rounded areas. Too bad that the back side flash doesn’t impress. 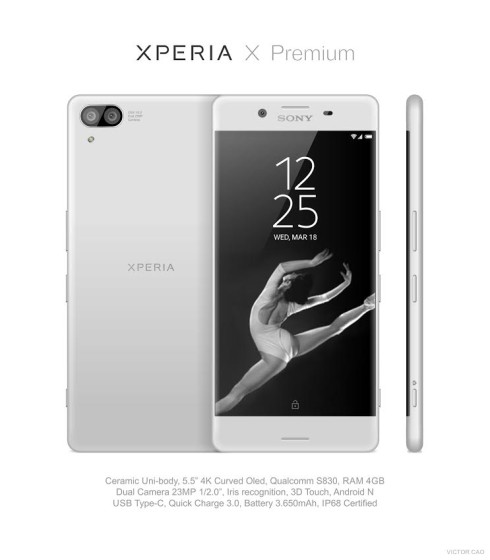