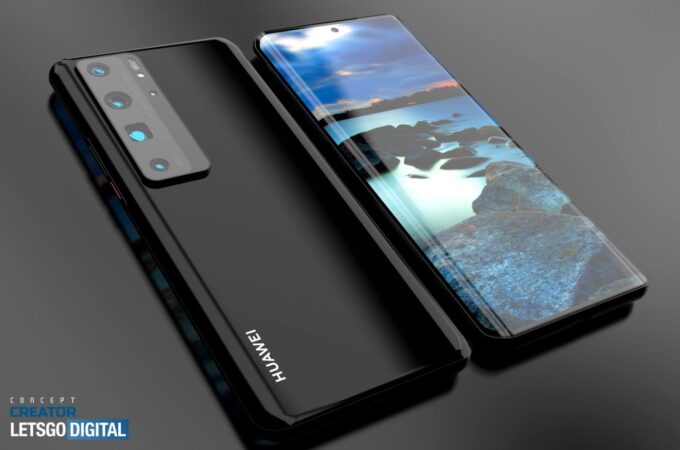 Huawei P50 Pro is expected to debut around March or April, as the next big flagship from Huawei. It’s been no stranger to leaks, but today we have a special one. Letsgodigital and Concept Creator published a detailed set of renders for the P50 series, focusing on their camera designs. We even have a video below.

The Huawei P50 series is meant to rival the freshly unveiled Galaxy S21 series. The series may also include a Huawei P50 Pro Plus, with a quad curved display, which is rounded on all four sides. A Huawei P50 Lite is also likely to happen. Huawei P50 Pro is expected to be the core model, with a 6.6 inch OLED display and a Quad HD resolution with 120 Hz refresh rate. Interestingly, Huawei goes back to a singular selfie camera, in lieu of the dual punch hole shooters. Jermaine Smit, aka Concept Creator used all the intel we have right now to create the Huawei P50 Pro renders.

He actually shows two versions of camera designs, one that aligns with the leaks and one that he calls the “Concept Creator Edition”. The latter has 3 equal sized lenses placed one below the other, while the main one shows a quad camera setup with a generous periscope sensor and an extra fifth smaller lens. The Concept Creator edition feels a bit like something that Oppo would pull off within the Reno series. Meanwhile, the P50 Pro regular renders keeps the identity of the P30 Pro and P40 Pro, but decreases the camera module protrusion a little bit.

We expect a Kirin 9000 CPU inside the Huawei P50 Pro, a 50 megapixel main sensor, plus an ultrawide camera and a 10X optical zoom periscope cam. We definitely hope we’ll get stereo speakers, after the P30 Pro and P40 Pro only had vibration-based screens, used as earpieces and opted for one sole speaker at the bottom. A bigger battery with faster charging would also be nice, something like 4800 or 5000 mAh with 65W charge. Huawei P50 may end up as the first HarmonyOS phone, so we should also take that into account.

About Kelvin
Passionate about design, especially smartphones, gadgets and tablets. Blogging on this site since 2008 and discovering prototypes and trends before bigshot companies sometimes
Nokia Hologram Phone Is… Different!?   Nokia 3310 2021 Gets a Larger Screen, Fingerprint Scanner